I just read through an interesting, somewhat validating article from Alex Leslie of Billing Views, talking about operator revenues and margins.  In a nutshell, revenue and ARPU are down across virtually every major operator in Europe, according to their own annual reports, and almost all were down by double digits!

I can’t help but believe that this is true in other regions as well, and the problem continues to be growing year on year.  Are we surprised?  When I moved my family to a new mobile operator, leaving another after 9 years, we leapt into the 4G world with all new handsets, 10x the speed, 10x the data, unlimited everything else, and our price went down.  Only 6 months later they lowered my plan price yet again, as part of a national retention promotion.  So why should dropping revenues and shrinking margins surprise anyone?

The fact is they don’t surprise anyone, but they do worry CFOs and Boards, as shrinking (and in some 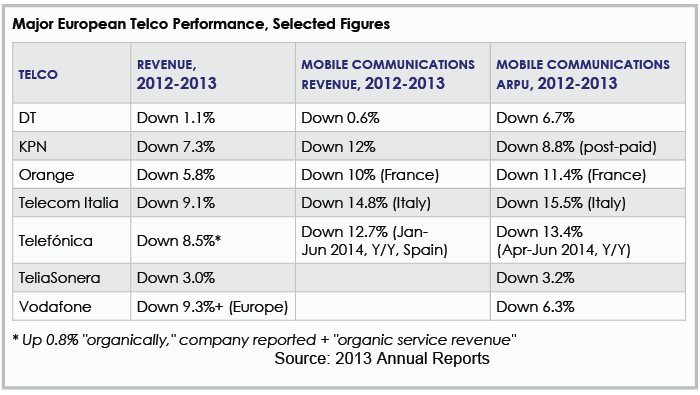 cases, negative) margins are the final result of the trend.

The trend has to stop at some point…through mergers, spectrum purchases, policy controls, or even government intervention…it has to stop.  But how far will it go beforehand, and how does an operator stay strong in the face of an industry trend that seems (for the moment) unstoppable?

The answer may be more straight-forward then you think:  Focus on Capex maximization.  Period.  However this doesn’t mean slash budgets – although that is the current tactic in play across the industry.  What it does mean, however, is sweat the maximum efficiency out of your purchases that you can.  Why can programs like Subex Asset Assurance find tens, and now hundreds of millions of dollars in asset recapture opportunities across an operator’s business?  While there are many answers to that question, the fact remains that we are finding massive sums of Capex that operators can recycle right back to the top line.

Therefore the formula remains, quite possibly, this simple:  Maximizing Capex allows operators to build and transform their networks more completely, quickly, and efficiently, which puts them in a market strength position.  Think of it as having a longer snorkel than your competitors as financial crisis waters are rising…